Three of these guys and their left back friend will need a breather now and then, you know. (photo: chicago-fire.com)

This is a major turnaround, and not just record-wise. During this time, Chicago has scored 13 goals over seven matches (including two in U.S. Open Cup play), whereas they’d scored only 11 in their prior ten. Even more importantly, since the acquisition of Soumare to stabilize the defensive line, Chicago has only surrendered six goals. Soumare and Magee have not only given the team a fresh-faced bounce, but they’ve also filled major holes up top and in back.

After ten games, the addition of Soumare sorted out Chicago’s right back dilemma, as Jalil Anibaba moved out right from center back. This was a move that need to happen sooner than it did, and now it’s producing dividends. But Soumare’s arrival does not solve the Chicago Fire’s defensive problems just yet.

There are those who contend that wide midfielders Michael Videira and Wells Thompson (and even the captain, defensive midfielder Logan Pause) could be considered part of the defensive core. This is foolhardy at best and a lie at worst, a grand illusion that has led to horrible on-the-field events.

FACT: Pseudo-defenders are not defenders, and wide midfielders are not full backs. The sooner the league and its teams realize and accept this, the better. Even with the superb addition of Bakary Soumare, Chicago Fire still needs to add another center back and, at least, another true right back.

Let’s talk numbers for a moment. If you look at the MLS Players Union salary information, you can add up the Fire’s guaranteed compensation total (including loaned players) to be just over $4.2 million. Add to that Magee and Soumare’s guaranteed money, and the number swells to just over $4.8 million. If we write off the loans of Alvaro Fernandez and Federico Puppo, the number comes back down to about $4.3 million. Now that Arne Friedrich has retired we can assume his salary is taken off the cap, giving Chicago a working salary cap of just under $4 million.

All of these players will get their money; I’m not mentioning this to talk about compensation. Rather, I want us to get an idea of the kind of salary cap space the team has to work with since we have no idea what kind of allocation numbers were swapped or the amount of salary that was eaten in the two trades for Magee and Soumare (although I’ve heard it’s significant).

For now, let’s just think about how the Friedrich salary can be re-invested into the squad to bring it defense depth.

The intra-league loan window closed on May 6th with no team taking advantage of it. Given that Chicago has had a serious problem with defensive depth and the right back situation since day one of this season, it is supremely idiotic that this tool was never used. Stop hammering that nail with the heel of your boot, and use this goddamn hammer.

Sure, to dwell on this is counter-productive. But what is productive is to talk about players who should be targeted for trade. Let’s spend some money that, by all accounts, is available, shall we?

Chicago needs a center back to buttress their regular tandem of Soumare and Berry. This center back should be young (-ish), physical, steady, relatively cheap, and content to play a supporting role for a team that could win more than it loses.

The first candidate is from the Vancouver Whitecaps, center back Adam Clement. Clement has only seen playing time in the Amway Canadian Championship, but at 22 years-old he is definitely a player who can produce now while he’s still improving.

Is Clement too young and unproven for your tastes? No problem. Instead then, let’s look at some players who have shown their mettle a bit more in MLS competition. 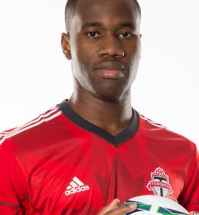 Toronto’s Gale Agbossoumonde has not embarrassed himself in his first season in MLS (unlike the harsh, awful season he had in the NASL in 2012). Agbossoumonde will foul (consistently), but he is also fiercely ambitious and would be an excellent candidate for a Soumare mentorship. In fact, Toronto has a slew of talented young defenders, players who would do better at a better team.

For example, if Agbossoumonde isn’t to your liking, then allow me to submit the acquisition of Doneil Henry. Henry has the ability to play both center back and right back, and is the positional counterpart to Anibaba or, better yet, the perfect understudy at 20 years-old.

Perhaps a stronger candidate is Sporting Kansas City’s Ike Opara, who could serve not just as a steady back-up center back, but should injury or poor form take either of the Fire’s current starters, Opara is a more than serviceable everyday player.

Clement, Agbossoumonde, Henry, and Opara all earn salaries under $100k (Opara is the only major contract at $96k). So, picking up one of these players makes clear financial sense.

But, Chicago’s lack of center back depth is not nearly as pressing as its need for depth at right back. As such, a trade for San Jose Earthquakes right back Steven Beitashour would be an excellent move.

Beitashour has developed a reputation for being injury-prone, but as a back-up to Anibaba, or with Anibaba as his back-up, that concern would be mitigated. That said, if Chicago wanted to be truly bold, they would weasel away Michael Harrington from the Portland Timbers.

But let’s be bolder still.

July is a week away, so transfer talk will soon abound. Many and most Chicago Fire supporters want their club to acquire some big name striker, the mythical “proven goal scorer.” The most realistic rumor I’ve heard is bringing in ex-West Ham United forward Carlton Cole.

Cole wouldn’t be a bad addition, but he wouldn’t be a great one and certainly wouldn’t be the “proven goal scorer.” everyone so desperately pines for. In fact, he’d likely enrage the fan base like most of Frank Klopas’s DPs have. That said, I can definitely see a scenario where if Cole came to MLS, he could succeed the way Nigel Reo-Coker (Vancouver) and Robert Earnshaw (Toronto) have. 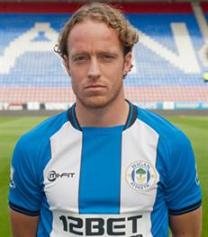 I think Chicago would do better to not get a big-name forward this summer. I contend that Chicago would become a better, more successful team if it were to sign out-of-contract right back Ronnie Stam, formerly of Wigan. Stam would solve the right back problem in Chicago and would lift the quality of the entire squad. At 28 years-old, Stam could be a world-class fullback for the Fire during the next few years.

I know MLS has a twisted and sad understanding of the full back position; teams ignore just how important and vital they truly are. Stam is a better defender and a better service provider than any other option on the table right now for Chicago. But is the club, or MLS for that matter, ready to actually pay market price for a defender?

Contributor Daniel Casey writes about soccer hoping someday someone will pay him to do so. He writes regularly for Total MLS, Soccer Newsday, and now On The Fire. Follow him on Twitter @winslowbobbins