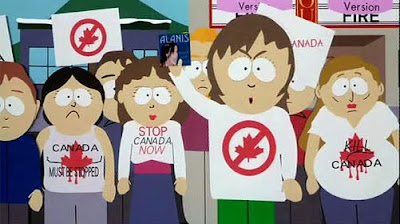 This season, yours truly has done about two dozen of these “Know Your Enemy” posts and it’s been enjoyable to do each one. Getting to write about what I’ve seen and/or learned about the teams of MLS has made this season very fun and it’s been great to see how Frank Klopas has generally ignored my “How can Chicago win?” section, much to the Fire’s detriment. Thing is though, I have no real interest in writing about Toronto FC. The team always sucks, they have crap players, and the franchise is so poorly run it’s no longer funny. Having said that, let’s take a look at the disaster that is Toronto FC.

Coach Ryan Nelsen had a great playing career, particularly with New Zealand, DC United, and Blackburn, and I imagine he wishes he could throttle just about every player on his team because they are so inept. At the same time, he’s not without blame, as the Stanford man isn’t displaying much brain power with a 4-4-2 so rigid that it’s rumored to be the active ingredient in Cialis. Toronto FC plays like a second or third division English team: crosses from wide men, simple passing from inside guys, hard running from all — so predictable and boring.

Richard Eckersley, Steven Caldwell, Doneil Henry, Ashtone Morgan. That’s a Mount Rushmore of below average. Even Caldwell, who has played in the top two divisions of England, isn’t very good – he can’t even get into the Scotland team consistently.

TFC reminds me of this…

Bobby Convey plays for Toronto!? Man, his career has really fallen apart. Not too long ago he was starting for the USMNT and a decent Premier League team. In the middle, Darel Russell is a fouler and Jeremy Hall runs hard. On the right is either Reggie Lambe and Alvaro Rey. Zzzzzzzzz…

Robert Earnshaw should be the main threat, which shows what kind of team this is (hint: a sucky one). Some guy named Andrew Wiedeman has been getting starts recently too. I’m guessing he the second coming of Alan Shearer. Also, Toronto just traded for ex-Portland striker Bright Dike and he’ll play the big-man-up-top role if/when he sees the field.

How can Chicago win?

Toronto sucks and if Chicago plays a normal game they should win. It’s really that simple.

Try to win the game

Frank Klopas, like several other MLS managers, is more concerned with not losing than winning. Unfortunately, the Fire need wins so Klopas should be a bit more proactive than is his nature. There’s probably a host of ways he can do this, but the one way he can’t is to pair Lawrentowicz with Pause. If Klopas does that in this game, he should be stuffed in a cannon and shot into rural Indiana.

Not hard to beat on a lifeless object.

Just get the ball to Mike Magee

This was part of last week’s advice and the sentiment stands. It doesn’t have to be pretty, just get the ball in Magee’s general area with some teammates around him and the ball is bound to eventually find his feet in a dangerous position. It sounds a bit facile, but it’s better than the nonsense Klopas draws up each week, no?

Best of luck, Fire fans. I’ll be at a bachelor party this weekend so I’ll miss the Dynamo coming to Philly. Hopefully, the Union can win and do both teams a favor, and hopefully I’ll manage to survive after drinking everything in sight for a few days straight.

OTF’s Stephen Mangat once drank a fifth of mouthwash. Follow him @smangat12