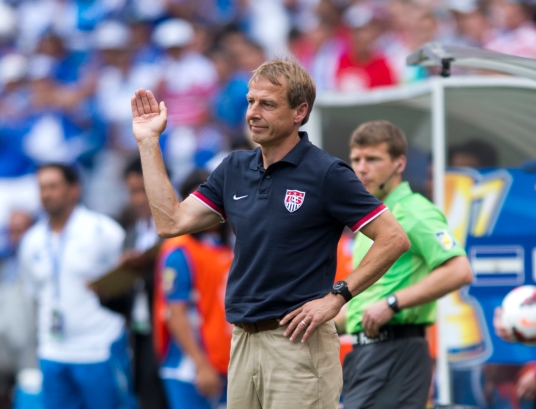 OTF’s Austin Fido brings you his last preview of CONCACAF World Cup qualifying…Just two more match days, and we’ll know for sure which teams will represent CONCACAF in Brazil 2014. Of course, we already know Costa Rica and USMNT will be there, so it’s more like two more match days to find out whether Honduras can clinch the third spot. And whether Mexico or Panama will be playing New Zealand for a place in December’s World Cup draw.

Unless you have a rooting interest in one of the nations still trying to qualify, it’s hard to squeeze drama out of what is effectively a three-horse race for two remaining prizes. But that’s no reason not to try… 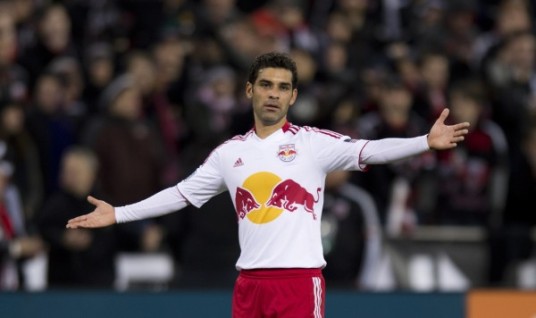 Despite the best efforts of the New York Red Bulls to derail his career, Rafa Marquez is back in the Mexico squad. (photo: soccerbyives.net)

Four points and fortuitous results (again, El Tri?) wrapped up World Cup qualification for Los Ticos with two games to spare. Nonetheless, Jorge Luis Pinto has named a full strength squad for the final matches of the Hex, because he pretty much has no other choice.

Costa Rica’s opponents – Honduras and Mexico – are contesting the final qualification spots. If either (or both – there’s a chance for Panama also) were to benefit from a perceived lack of competitive effort on the part of Los Ticos, there would be some uncomfortable questions to be answered from FIFA.

Not least because Costa Rica has become CONCACAF’s problem child during this Hex. The sympathy won as a result of being forced to lose a football match in a Colorado snowstorm dissipated after Los Ticos carried their grievance too far. A little gamesmanship was perhaps to be expected, but Joel Campbell’s duplicitous pantomime cost an innocent man (Matt Besler) a place in his team’s biggest match of the year (USMNT’s home game with Mexico).

Having twice been to soccer’s principal’s office in this qualifying cycle (as plaintiffs, after Colorado, in March; as defendants, after the payback match, in September), Costa Rica should be keen to rekindle a less controversial reputation, as one of the better national teams in this region. 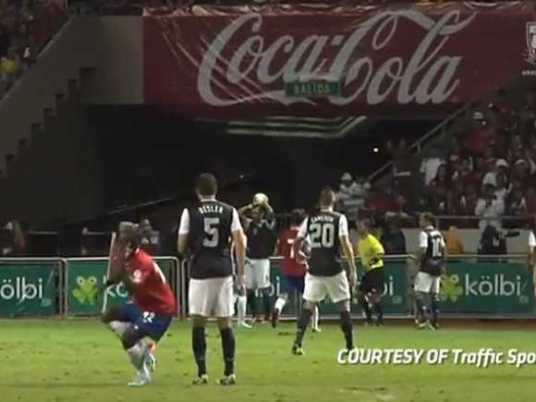 Los Catrachos are tantalizingly close to securing the third guaranteed CONCACAF spot at next summer’s World Cup. One win from the next two games will probably do it, as it would require El Tri to win both their matches by a heavy margins to overturn the Hondurans’ goal difference advantage. A win and a draw would render Mexico’s results irrelevant: Honduras would be through to their second consecutive appearance at global football’s top table, and just the third World Cup tournament in their history.

This is a can’t-miss opportunity for a generation of Honduran football. The core of this squad is in its prime: Victor Bernárdez (31), Marvin Chávez (29), Carlo Costly (31), Óscar García (29) and Wilson Palacios (29) might not get another shot at playing in a World Cup. Additionally, there is the prospect of punching their tickets to Brazil in front of their own fans at San Pedro de Sula. Furthermore, they will be playing one of their oldest footballing rivals: only El Salvador has played Honduras more frequently than Costa Rica.

It will be an emotionally taxing match against Los Ticos – and that is the cause for concern. This team can rise to the big occasion, as proven by the determined victory over Mexico at the Azteca last month. But Los Catrachos don’t hit such heights often enough: they followed their Hex-opening victory over USMNT with a fortunate draw with Mexico; similarly, the away win over El Tri was followed by a slack 2-2 stalemate at home with Panama.

Such inconsistency is the reason this team has not yet wrapped up qualification for Brazil 2014. Honduras should qualify – if not automatically, then by finishing fourth and taking down New Zealand in November’s playoffs – but Los Catrachos have a regrettable tendency to fail to live up to expectations. That needs to change.

Even Victor might crack a smile if Los Catrachos qualify. (photo: diez.hn)

Perhaps Donovan Ricketts really does have a broken finger, as was reported when he was surprisingly left out of the Reggae Boyz squad for these matches. Or perhaps coach Winfried Schäfer is mindful of the assistance provided Jamaican football by the Portland Timbers. After all, he called up Ryan Johnson and Alvas Powell, so why not let the Timbers hang on to the only certain starter in the trio of Jamaican internationals on their roster?

There is no serious threat of Jamaica making it to Brazil — that would require not only winning both remaining matches but also Mexico and Panama to gain no more than one point. It’s mathematically possible, but not worth chasing at the expense of diminishing Caleb Porter’s apparent affection for Jamaican soccer. If one of the region’s better coaches at developing talent has taken a shine to your players, you throw him a bone. Particularly, when you’re about to rebuild your squad.

For MLS fans, the face of that rebuilding effort is Deshorn Brown, Colorado’s rapid rookie striker, who has been called up for the final round of qualifiers. But the talisman of Schäfer’s effort to revitalize Jamaican soccer is Jermaine “Tuffy” Anderson.

The 34-year-old forward scored the injury-time equalizer which preserved Schäfer’s (two game) unbeaten streak as head coach. More pertinently, he is a local favorite, having spent his career as a prolific goal scorer in the Jamaican domestic leagues. He will not himself feature in his country’s next World Cup campaign, but he embodies a connection to local football that fans of the Reggae Boyz hope to see continued.

Guys like Powell, Kemar Lawrence, and the ambitiously christened Romario Campbell, represent the next generation of Jamaican soccer. But Tuffy is the man people want to see play right now.

Don’t say you seriously want Mike Magee to play for USMNT until you have picketed for his selection. (photo: my-island-jamaica.com)

There is no margin for error remaining in Mexico’s bid to qualify for Brazil 2014. With two games to play, CONCACAF’s near-perennial World Cup representatives lie fifth in the table, behind Panama on tiebreakers.

As such, a tie with Los Canaleros at Azteca would be disastrous: Mexico’s World Cup fate would not just depend on not losing in Costa Rica, but also on whether USMNT can be bothered to not lose in Panama. These are tense times for El Tri.

Fortunately, the man perhaps best suited to the task of winning must-win games was available. Victor Manuel Vucetich turned down the chance to coach his national team during the search that ultimately led to Chepo de la Torre’s appointment. Now his country needs a guy who can successfully handle win-or-go-home scenarios, and Vucetich has famously lost only one of 14 cup finals he has contested as a head coach, including victory in the last three CONCACAF Champions League finals.

If CCL allowed its champion to defend the title, Vucetich would probably still be coaching Monterrey. However, the tournament offers no such respect to its title-holders, and a poor start to this season ended Vuce’s stint with Los Rayados. So he’s deigned to settle for guiding El Tri through a playoff (outperform Panama over two games in the Hex) for the right to contest another playoff (against New Zealand in November).

It’s still possible for Mexico to nick the final automatic World Cup spot in CONCACAF, but the more likely path to Brazil is through New Zealand. So basically every competitive fixture Mexico will play for the foreseeable future will be a sort of cup final — which is just the way Vuce likes it. 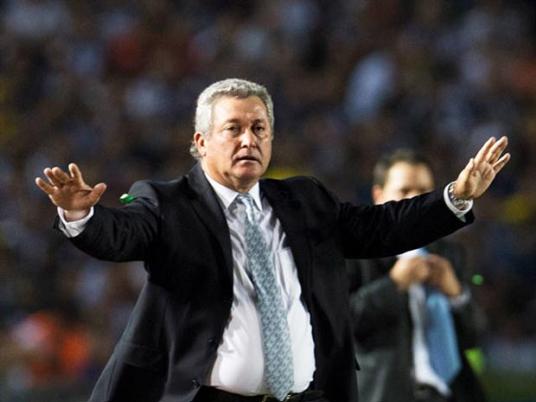 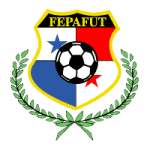 Last month, despite playing against ten men for 30 minutes, Los Canaleros couldn’t put Jamaica away in the only match of their final four Hex games they were favorites to win. If they are going to get to Brazil, they will have to do it the hard way: by beating (or at least not losing to) the biggest teams in CONCACAF.

Panama will draw comfort from their last-minute equalizer in San Pedro de Sula which, alongside this summer’s pair of Gold Cup victories over Mexico, repaired their reputation as a threat to the region’s established hierarchy. But the fact remains that they are only level on points with El Tri after eight games because Mexico’s September (zero points out of six) was even more dismal than Panama’s (two points out of six).

They will carry a goals scored advantage into Azteca which will make a draw particularly favorable for Los Canaleros. However, they will still need something out of the match against USMNT — and even then, they’re likely to have to play New Zealand.

If they make it, Panama will be considered one of the weakest teams in Brazil next summer, but they will surely have overcome the longest odds to get there.

After agonizing over every goal conceded, every (rare) loss this year, there was an odd tone in the media coverage of USMNT in the build up to these matches: complacency.

More surprisingly, at the forefront of a clutch of do-we-need-care-about-this comments was Landon Donovan. Bruce Arena, never one to miss an opportunity to moan, decided to poke the club vs. country bear by requesting the early release of Donovan and Robbie Keane from international fixtures that aren’t particularly important to either player’s national team (USMNT is already assured passage to Brazil; Ireland can be pretty confident of staying home). And Donovan was somehow tempted into weighing in publicly on the side of his club coach: “Obviously, we have a game that…for us is relatively meaningless in Panama.“

Huh? From the guy who spent most of the year making puppy-dog eyes at the national team, this seemed an ill-considered statement. He subsequently walked those comments back, but Klinsi could do without his senior players talking down their international commitments. Especially when the team is without Bradley, Dempsey, Gonzalez and both Johnsons.

Remember that if USMNT drops points in either of these qualifiers: the team is weakened; at least one of the main guys doesn’t necessarily want to be there at the moment.

Klinsmann knows his squad should still be able to beat both Jamaica and Panama, but he might not be too disappointed if results don’t go his way — any complacency is best knocked out of the team quickly. Just don’t expect him to say so in public.