The Chicago Fire closed its 2013 season in much the same way it opened it, losing by a considerable margin to a marquee team. On March 3rd, the Men in Red opened their season on the road against the LA Galaxy and played poorly while being destroyed by Mike Magee, who netted a hat trick that day. The good news from that trouncing? We got our first glimpse of just how great Mike Magee would be for us this season. 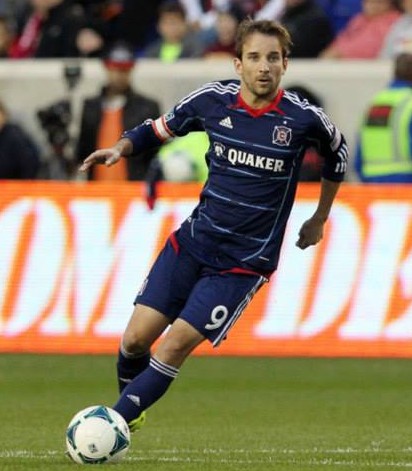 Magee would, of course, come to Chicago in the summer and completely turn the club around – not only with his play, but with his presence. Yet with its own fate in its hands, needing only a draw to advance to the postseason for the second year in a row, Chicago collapsed in New Jersey. When the second half got underway against the New York Red Bulls on Sunday it was clear that Chicago was out of sorts. With the score knotted 1-1 the Fire wilted, gifted New York four goals and the Supporters Shield, and removed themselves from playoff contention.

What is perhaps the most hurtful thing about the loss is that it tarnishes a MVP season for Mike Magee. Right now, the MLS narrative will shift to backing Tim Cahill for the league’s Most Valuable Player honor. In no world should a contender for the Golden Boot, a player who took an entire team on his shoulders and turned his club’s season downside-up not be given the MVP award. Yet, you will see it. You will hear throughout the rest of the playoffs, an erasure of Mike Magee and a lionizing of Tim Cahill.

To rehash Chicago’s failure in New Jersey would only be sadistic; let the wound heal. What we need to do now is take stock of the season, a diagnostic that will give us a tentative blueprint for the changes that need to be made over the off-season, which begins today.

Perhaps the most significant problem facing Chicago from the very first minute of this season was a stark lack of defensive depth. The loss of Arne Friedrich is blameless, yet the creation of a backline where he was the only option does demand a certain level of critique. In 2012, the Fire surrendered 41 goals and limped into the playoffs, whereas this season the Fire gave up 52 goals and missed the playoffs. Fatigue was a real concern this season, both physical and mental. We saw it happen, again, in the second half of the New York match – the entire defense lost its mental acuity.

Jalil Anibaba is now the right back for the team; there can be no question about this and there can no longer be any position switching for him. Austin Berry’s post-Rookie of the Year season was an arduous grind, but next season he will be a journeyman and no longer a youngster. We will look to him to command the back line. Baky Soumare came in and was a stopgap, a finger in the dike. If he remains with the club, then his contract needs to be negotiated down from $350,000 (NOTE: Chicago is on the hook for $200k in 2014) to what he is actually worth – no more than half that. Hunter Jumper saw only the briefest of time on the pitch, and it must be made clear: Is he the center back back-up or Gonzalo Segares’s heir? Chicago must make defensive depth a priority this off-season either through the draft or via interleague trade, or both.

Chicago has too many midfielders. Chicago also has too many midfielders it does not allow to play. There needs to be a cull. If Chicago is not willing to guarantee Victor Pineda a regular spot in the gameday eighteen next season, then Pineda needs to move on. If Corben Bone is not going to be allowed to play for the first team, he needs to be let go or traded (Bone could make a very good name for himself in the NASL, a la Austin da Luz). Michael Videira and Wells Thompson are not MLS quality any longer (especially Thompson with his $100k+ salary).

Alex, Daniel Paladini, and Logan Pause are your rotation options in the center of the midfield for the foreseeable future. But, Yazid Atouba must be worked into the system as Patrick Nyarko and Dilly Duka (the team’s only wingers) can’t be expected to play every minute of every match. Jeff Larentowicz and Rios are a certain, stable center-mid pairing, and while many supporters want some kind of center-attacking midfielder, it is not necessary. Money would be better spent by excising Joel Lindpere from the team (and his $200k+ salary) and re-investing in depth on the wings or up front, which brings us to the situation with the strike force.

Shaking off the failure that was Sherjill MacDonald had as much to do with changing Chicago’s fortunes as the acquisition of Mike Magee. It is unfortunate that just as Juan Luis Anangono seemed to get comfortable and find his footing in the league, the Fire’s season ended. Anangono is a development project but he is more than promising and will prove to be an excellent acquisition. But Anangono must continue to play, thus he too must be loaned out for the remainder of the season overseas where he’ll get regular minutes.

What hangs over the head of all Chicago supporters is this question: Will Mike Magee be able to have another season like this next year? I doubt it, but I am certain he will not regress. Perhaps more worrying is the form of Chris Rolfe. Subpar seasons happen, but Rolfe occupies an important spot on the team and if the Fire is going to be successful, he needs to right himself. Maicon Santos is perhaps the worst signing of 2013, his $160k+ salary is unwarranted and undeserved, yet Chicago paid it. Waste like this must be eliminated.

Finally, it’s anyone’s guess what will happen with the Front Office. Are Frank Klopas’s days numbered? I think so. But I would not have a problem with him moving back into the Technical Director role. I resist the urge to call for someone to be fired because I believe managing to be more difficult than most of us realize or would care to admit. That said, I think Chicago must entertain the idea of a new head coach. There are only two serious candidates to my mind:

Jesse Marsch was unceremoniously dismissed after Montreal’s first season in MLS for no real reason other than he wasn’t pro-Italian enough. I believe Marsch would be an excellent coach, although I have concerns about former beloved players coming back to coach. Call it the Kenny Daglish syndrome – it can sour the memory and/or create a situation where change is stalled. 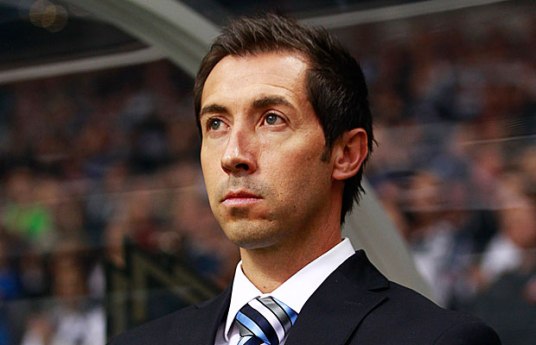 Martin Rennie is close to losing his spot in Vancouver, with the chatter being that former San Jose manager Frank Yallop will take it. Rennie would breathe new life into the Fire, and I believe his philosophy would work here.

However, I do have three wild card suggestions – Brad Friedel, Italian Pierluigi Casiraghi, and current Minnesota United FC head coach Manny Lagos. Look them up, and mull them over.

Regardless of what happens this off-season, what changes are made or not made, I won’t give up on this club. This season didn’t turn out how we would have liked, but I can’t say it wasn’t a great season to experience. The depth of passion we all have for this club was shown every week, and even though there were hiccups and bickering, we never wavered in our hopes. Perhaps we are entering a rebuilding period, or perhaps we just need a few tweaks here and there. Regardless, we’ll be here to see it through.

OTF Contributor Daniel Casey writes about soccer hoping someday someone will pay him to do so. He writes regularly for Soccer Newsday, Soccer Without Limits, Football.com, and On The Fire. Follow him on Twitter @misanthropester