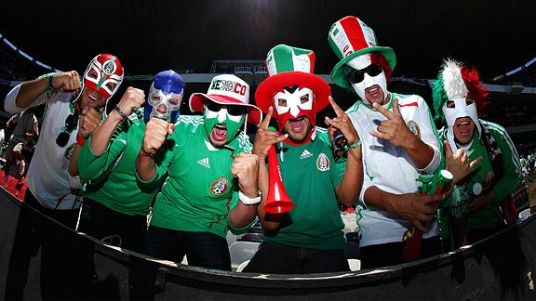 The warm-ups are over – at least for CONCACAF’s teams. And this may be considered a relief for Costa Rica, Honduras and Mexico, for whom the friendlies have not been the confidence-building experience they would have preferred.

USMNT has put together a decent training camp: winning matches and slowly easing key players into form. For the rest of the region’s teams, preparations – particularly in the last week – have not been so encouraging.

When Los Ticos were drawn into a World Cup group with England, Italy and Uruguay, few expected them to make it to the knockout rounds. Nothing about their pre-tournament preparations provides cause for any adjustment to that expectation.

Costa Rica’s first World Cup warm-up was a kick-about with Japan in Tampa. The Japanese put in three second-half goals, winning 3-1 and damaging the notion Los Ticos have sufficient defensive capability to nick a goal and cling on.

Against Ireland, La Sele conceded first, saw Giancarlo Gonzalez sent off for applying his elbow to Kevin Doyle’s head, and equalized via a 64th-minute penalty converted by Celso Borges. Still, the 1-1 draw flattered Costa Rica, who were spared their sixth consecutive loss on the road by Robbie Keane’s inability to convert a likely match-winning penalty for the Irish.

On the bright side, Los Ticos played better without Gonzalez on the field. This will be useful if FIFA decides to suspend him for a game or two, or even the tournament, for his elbow-to-Doyle antics.

This is a team that hasn’t won a game outside Costa Rica since last August, when it thrashed the Dominican Republic in Santo Domingo. Injuries to key players (Bryan Oviedo and Alvaro Saborio), possible suspension of others (Gonzalez), and the general inability to beat all but the lowest tier of opponents away from home (Costa Rica’s last four road wins have been over Dominican Republic, Belize, Cuba and Canada), suggest the team’s time in Brasil will brief.

In fairness, Kevin Doyle doesn’t try too hard to avoid colliding with his opponents. (Photo: nacion.com)

The last time we took a peek at Honduras, all was not well in the pre-Cup camp: a 2-1 loss to Turkey compounded by question marks hanging over the fitness of three players.

Things got worse before they got better. Much worse: Los Catrachos were thoroughly trounced by Israel, and Arnold Peralta was dropped from the squad due to continuing concerns about his recovery from injury. (Edder Delgado is Peralta’s replacement in the 23.)

Still, the point of the World Cup warm-ups is to give teams time to find some form and recover from any early setbacks. To this end, much like Costa Rica, Honduras will at least take some solace from finishing their preparations on something of a high note.

The tactics rolled out against England in Miami weren’t subtle or pretty, but the brutal disrupt-and-distract approach was effective – at least against a side which was probably more concerned with avoiding injury than winning.

Los Catrachos may have won none of their pre-tournament friendlies, but they will be encouraged by having not lost against arguably the strongest of their sparring partners.

There are still fitness concerns in the camp. Oscar Boniek Garcia didn’t make it onto the field for any of the warm-up games. A 23-man squad can carry a passenger or two, but Garcia is no makeweight: he is a key part of the team when fit, and it is to be hoped he is able to play a part in the tournament when it gets underway.

If it all goes awry for El Tri in Brasil, think back to the 36th minute of Mexico’s warm-up against Ecuador: the moment when Luis Montes broke his leg.

He had scarcely finished celebrating opening the scoring for his team when he went down. His teammates made no effort to pretend his injury – both the severity and the timing – did not affect them (nor should they: there is no need for players to feign immunity to emotion).

El Tri dutifully drubbed Ecuador in tribute to the fallen Montes, but subsequent results (back-to-back 1-0 losses to Bosnia-Herzegovina and Portugal) suggest the memory may be lingering.

A couple of losses isn’t a disaster, but it is a setback.

As recently as the 33rd minute of the Ecuador match, when Montes bagged the opener for El Tri, it appeared as though Herrera’s team was enjoying the best tournament build-up of all the CONCACAF nations. Now, of the quartet from our region, Mexico looks like the side at the lowest ebb.

Of course, this was also the case when Herrera took over El Tri last October.

The coach will doubtless remind his team that the last time it was suggested Mexico might be washed up, he guided them to a seven-game unbeaten streak. Coincidentally, that is exactly the number of games the team that wins the World Cup will need to play in Brasil to lift the trophy. 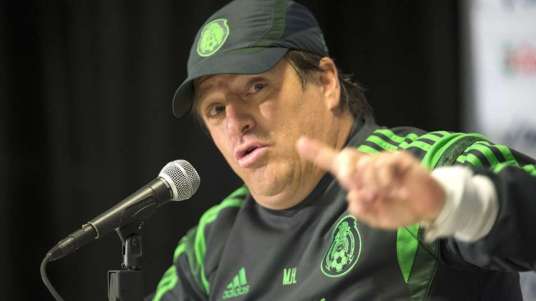 Matching Klinsi stride for stride in the race to model the entire catalog of his national team’s branded apparel. (Photo: msn.foxsports.com)

As the reigning Gold Cup champion, winner of CONCACAF’s qualifying tournament for Brasil 2014, and the only CONCACAF team to win all of its World Cup warm-ups (also the only one to play all of its friendlies on home soil), USMNT has a triple-certified claim to be the top team in the region.

Unfortunately for Jurgen Klinsmann and his players, there aren’t any CONCACAF teams in Group G. But the Yanks are marching into Brasil with their heads high. Don’t come home too soon, gentlemen.