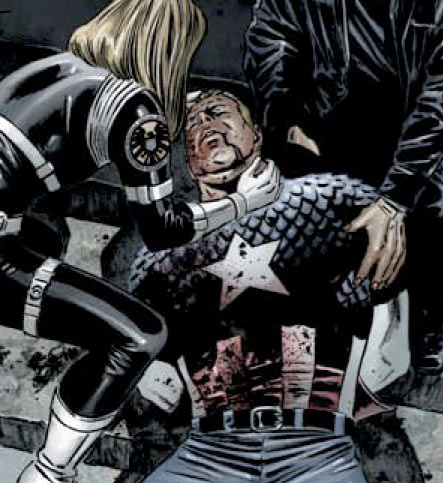 So that’s how it ends. Not a bang, not so much a whimper either. It’s about what you would have expected with the US going up against a much more skilled team in Belgium. And yet you’re left wanting more. Onward…

Funny that the quarterfinal decided today will see two immensely talented teams that you at least think have so much more to give to this tournament, but haven’t yet.

Because Argentina have been a study in the soccer version of old people fucking. Lots of effort, none of it pretty, heavy breathing, and eventually getting there in the end with only a feeling of relief instead of ecstasy.

What was somewhat jarring is just how easy the Swiss found it to hold out the Argentines. It’s not like their keeper had to stand on his head (like some others). Once again, a complete lack of a midfield led to four attackers in blue-and-white crashing into each other and the Swiss backline repeatedly. Di Maria, Messi, Lavezzi, and Higuain just can’t seem to figure out where not to be in the way of the others.

But as it has been with every game, all that’s required is one moment where Messi gets loose, dodges a few tackles, and this time turns provider for Di Maria to provide a pretty classic finish.

How Shaqiri will rue the chance he had in the first half, where the Argentine keeper inexplicably turned into a spectator on a through ball and he was one-on-one. Could have been so different.

At some point you have to figure the Albiceleste will look better than this, but with this 2-4-0-4 formation they may just be reliant on Messi to keep pulling their ass out of a sling. The thing is, he can do it.

Except this one arrives just in time instead of a second too late.

Now we get to it. While I see a lot of post-game reactions about how proud we can be of the US team and how desperately they played and just how hard they are to beat, and that’s not untrue, I can’t help but feel that’s something of a cop out.

Because the hiring of Klinsmann was supposed to signal that era was over, and the US was moving toward a squad that could take the game to a big opponent (and make no mistake, Belgium are one of the top teams around even if they’ve looked only functional so far).

Now, I hardly expected the US to dominate possession against a side like the Belgians, or even have the majority. But this was supposed to be when they did get possession, they’d look threatening. And in this tournament, they really only have done that against Portugal. After surrendering a goal in five minutes.

In the end, I look at the team on the field and I see a lot of players who can get you through qualifying but are out of their depth at this highest level.

Graham Zusi looks great in qualifying. He doesn’t belong on the field here. Ditto Bedoya. Ditto Wondolowski. Bradley looked out of his depth as the most advanced midfielder all tournament. Not that Mix Diskerud would have been the difference, but he’s the player who gets into the box from midfield and is more likely to provide a killer ball under pressure.

Bradley can do it when given time, but how often was he given time?

The US only looked threatening when the fullbacks got forward and the opposing wide midfielders couldn’t be bothered to track back, be it Ronaldo or Hazard. When did they ever create anything through the middle? They simply didn’t have the flash or ingenuity.

Let’s be frank, they should have lost by four or five today and can thank Tim Howard channeling Patrick Roy ’86 for not doing so. Matt Besler and Omar Gonzalez were heroic as well. But they could have used their teammates being able to complete a pass or two, or take control.

The US was also let down by their talent pool. Once Altidore went down, there wasn’t another option as a central striker who can hold up play when the US was going to be on the back foot for periods of play.

It certainly isn’t Dempsey. That is not his game. I can’t even think of who it would be. Boyd?

Other than Diskerud, who is the creative midfielder to unlock things? Michael Bradley as the creative fulcrum was nothing short of a disaster this tournament. Maybe that’s why Roma kept putting him down the pecking order?

Is it progress? Yeah, I think it is. The US got out of a much harder group than 2010 and went out to a much better team than Ghana in Belgium .They brought Mirallas and Lukaku off the bench. The Yanks brought Wondolowski and the neophyte Julian Green.

The US will have four years to find more players who can join Green to give them an attacking impetus and actually threaten a Belgium or a Germany.

I don’t know who they are. Yedlin looks like a keeper, but he’s a right back. Fabian Johnson should be around in ’18. Who else? They’ll probably come out of nowhere, but they need to be found. Because simply being hard to beat isn’t enough. Ask England.

Oh, and in defense they had the captain of the English champions, as well as a player for the Spanish champions. How close are the US to that level of talent? It feels like miles.

But that ground can be made up. And quickly. And I hope when we do this again in Russia, the US is ready to really bring it to opponents instead of hoping to sneak by. 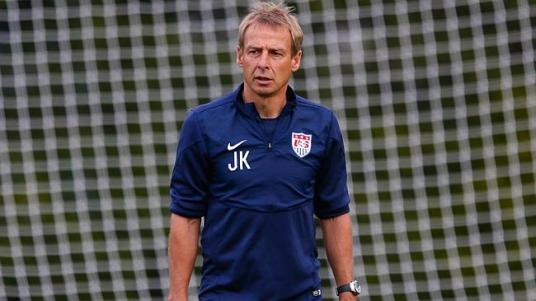 Seems like there is some catching up to do, Klinsi. (adelaidenow.com.au)

Awkward Analyst Moment of The Day

I was drinking at a bar. I didn’t see much of the analysis. Do it yourself.

OTF Player Of The Day

16 saves is sometimes more than the Blackhawks require. Tim Howard, sorry to have ever doubted you.

Our goalkeeper will blot out the sun.