Onward and Upward: Closing the Book on the USMNT in Brazil 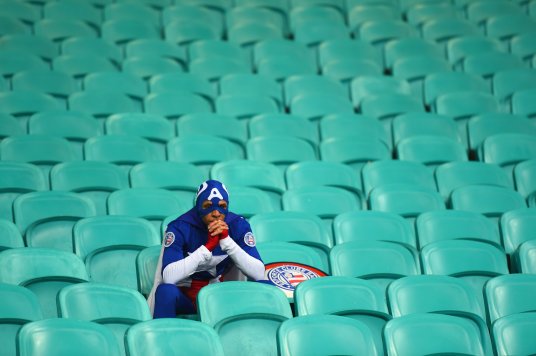 Cheer up, Cap’n. We’ve got the Gold Cup (businessinsider.com.au)

What could have been, never actually was.

Despite what the sudden media attention has led folks to believe, the performance of the United States at the 2014 World Cup was not an utter success. Another four years have passed and, yet again, the U.S. is knocked out at the round of 16.

Advancing out of a difficult group was never going to be simple and the task proved to be as expected. Yet, the results were no different than the previous World Cup, leaving many to wonder if the trip was at all successful. As a newly minted “soccer nation”, we should expect deeper runs into the tournament.

The defense, the subject of much concern heading into Brazil, held up against some of the world’s elite, for the most part. However, lapses on an individual level ultimately proved the undoing of the squad. Whether it was Geoff Cameron against Portugal or Matt Besler against Belgium, the mistakes made were not those often seen in an elite defensive core. 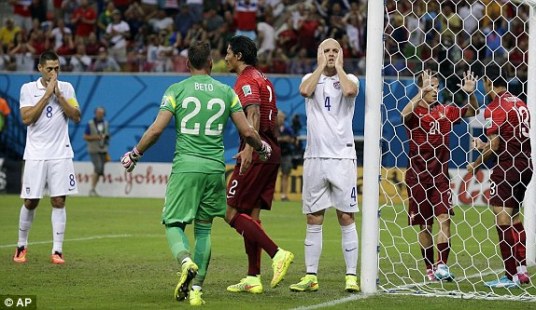 As a whole, though, it would be unfair to declare this defensive effort a complete failure. Shutting the door against Ghana for most of the match, holding a powerful German side to one goal and a Tim Howard-led 90 minute shut out against Belgium were instances that should evoke pride in the defensive commitment by the Stars and Stripes.

However, participation ribbons and valiant efforts mean nothing at this level. Either produce or go home, thus the U.S. is home now. The only option in the World Cup is to produce at the highest level, everything else is a disappointment.

The Yanks had no bigger disappointment than Michael Bradley. Possessing world class ability, Bradley was a shell of himself every game. Time and again it seemed as though an impostor was in the #4 shirt and, with the exception of the pass to Julian Green on Green’s goal, Bradley simply did not step up when his country needed him most.

Luckily, not all was lost in the American midfield. The play of Jermaine Jones directly resulted in the U.S. advancing, as he was easily the man of the tournament for the Yanks. Jones’ cracker of a goal against Portugal will live on as one of the greatest in United States World Cup history.

In addition to the goal, Jones’ two-way physical play helped the defensive unit on many occasions and, at times, he seemed to be the only offensive threat.

When Jozy Altidore hit the turf early in the Ghana match, many worried the Americans’ scoring prowess was lying next to him. Unfortunately, their fears became a reality. Without their primary striker in the lineup, the U.S. often looked toothless and Clint Dempsey was unable to be the threat Jurgen Klinsmann needed him to be. Going forward, it would behoove Klinsmann to not put all his eggs in one striker’s basket.

No one is saying “what if” after the World Cup more than Jozy (waitingfornextyear.com)

All in all, the United States proved they are continuing to grow and progress, but are not yet there. Something we seem to hear every four years.

However, this year felt different. Optimism indeed ran rampant in the States as a slew of new fans jumped aboard the bandwagon. Fueled by mainstream media’s sudden attention, many Americans felt that as long as they believed, good things would happen.

Back in the reality of world football, going 1-2-1 is not good enough. The U.S. will need to work hard in developing world class talent and the seed of this talent is skill. The Yanks will always have the grit and determination; they’ll always outwork their opponent because that’s the American way. On this stage, however, that doesn’t get you very far.

The United States absolutely needs players that can work with the ball at their feet. The possession numbers in every match were absolutely atrocious and someone will need to step up in the next four years as an elite ball-handler if the U.S. is to realistically compete in Russia.

Luckily, for fans of the Yanks, new and old, preparations for 2018 begin soon and meaningful matches are a year away. The World Cup in Russia is as far as it seems, but coming soon are the 2015 Gold Cup and, for the first time, the U.S. will be competing in the Copa America in 2016. With the new competitions and new World Cup cycle comes new roster speculation. 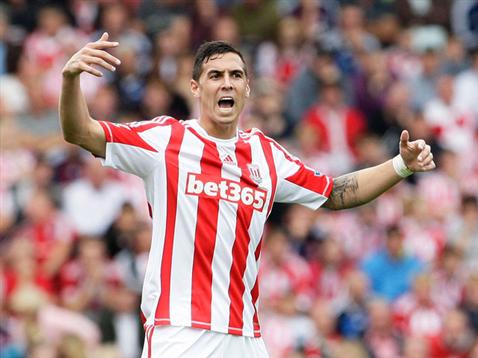 The U.S. needs its young players playing in Europe (stokecityfc.com)

The key to U.S. success is player development and the key to player development is where the players ply their trade on a club level. Jurgen Klinsmann was absolutely right to be disappointed at Bradley and Dempsey’s return to MLS. For players to develop into world class talent, they need to be competing in Europe.

The best players in the world play in Europe. MLS is growing; getting better and, perhaps, at some point down the road it will be an elite league. If young players like Matt Besler, DeAndre Yedlin, and Omar Gonzalez are going to improve, they need to be challenged against the best. In MLS, they’ve peaked.

Soon after the United States was eliminated, blog after blog weighed-in on the potential 2018 U.S. roster. As we found out from the previous cycle, anything can happen over four years and selecting a twenty-three for Russia is an exercise in futility.

It should be said though, should the program’s development be a top priority, anyone seemingly out of the 2018 competition shouldn’t be suiting up for the national team any longer. The only way to develop the talent and cohesion needed is to allow potential world cup teammates time on the field together.

Unfortunately, this may mean the end of the United States careers of Tim Howard, Clint Dempsey, Jermaine Jones, and Kyle Beckerman, among others. Their service to the shield is forever appreciated, but the program needs to move forward. 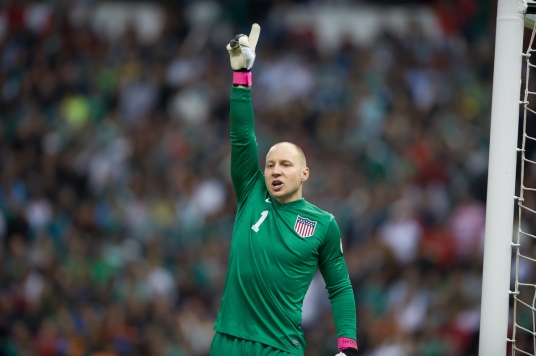 The most symbolic of torch-passings will be in net. Gone will be Tim Howard and his record-setting American career. This leaves the position wide open for the more than capable Brad Guzan, who should be able to fill in admirably for Howard and could hold the job for the foreseeable future.

Sensibly, Klinsmann has already gone on record stating he will defer to youth in the coming months. This could mean a pre-Gold Cup roster of Juan Agudelo, Will Packwood, Luis Gil, Joe Gyau and many more whose current trajectory could see them suiting up in 2018.

It’s simple to say all young players will develop into top flight talent, but then we’re all reminded of Freddy Adu. In reality at least one of the young players on the current roster won’t pan out. Could be Yedlin, Brooks, or even Green: it’s the truth of the game. The priority then is to be sure someone is more than capable of stepping in when called upon.

2014 was just the beginning of the dual nationals (mlssoccer.com)

The grass is always greener and the thought of guys like Darlington Nagbe, Diego Fagundez and even Gedion Zelalem not only suiting up as Americans, but also panning out to their potential, would get any supporter excited.

Veterans will also be very much required to steer this young ship in the right direction. This is going to be the task of Jozy Altidore, Geoff Cameron, Fabian Johnson and Michael Bradley (who one has to believe will be taking over the captain’s armband shortly) over the next four years.

The great hope, however is that the level of competition has risen over the past few years leading to players pushing each other. This in turn leads to both new players forcing their way onto the field and forgotten players working back into contention. Who knows, maybe Freddy Adu gets back in the mix.

For now, onward and upward we go to Prague in September. OTF will be there to help guide you along the way…

OTF’s Joe Maskivish is always looking for a good USMNT conversation. Follow him and reach out @JoeMaskivish.

2 thoughts on “Onward and Upward: Closing the Book on the USMNT in Brazil”