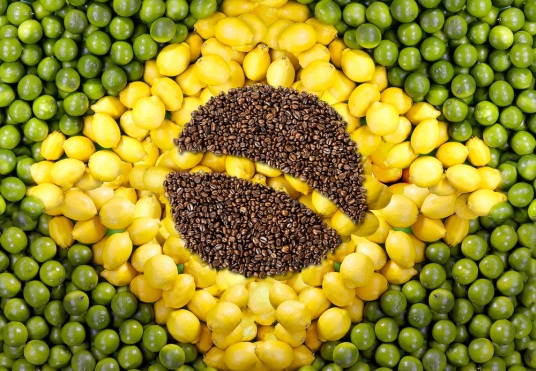 It’s the final installment of the Delicious Game! Brazil’s national team may have taken a battering in this World Cup, but the country’s food still has much to recommend it. Alex White is your guide…

Just two games remaining: the World Cup is drawing to a close.Most people’s eyes will fall to the final match on Sunday, but the hosts will take the field again for Saturday’s third-place consolation game in an attempt to salvage their honor.

After the historic defeat Germany inflicted on Brazil in the semifinals, I considered looking up if there were any traditional foods for a Brazilian wake. But that just feels wrong. Soccer is a joyous game, and from what I’ve heard from attendees, the hosts made the tournament quite the party. It would be unfair to remember them in a sad, somber way, particularly since their tournament isn’t quite over yet. So, let’s get joyous. What better way than with delicious foods?

One of the defining characteristics of Brazil is its fusion of cultures, and this holds true for the food as well. As immigrants came from Europe, Africa, and Asia they adopted local cuisine and adapted their recipes to replace the items not available in their new country.

A perfect example is the manioc (also known as cassava), a sweet tuber that filled in for potatoes. Even if you don’t do much else, simple swaps – pertinent root vegetables or tropical fruit – can give the tailgate a distinctively fresh flavor. 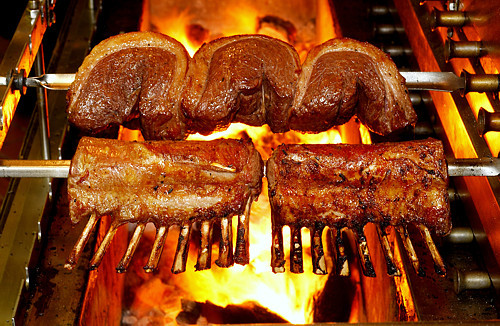 But there’s so much else you should do. Although a country as large as Brazil has variety across its regions, some general themes emerge. Brazilians are famous for their fantastically barbecued meat, and pretty much any item comes with cheese included.

With so many different countries-of-origin represented in modern Brazil, you can find pizza and pasta, rice and beans, Japanese influence, seafood, stews, tropical fruit, and so much more. In this case, Brazil is quite literally a melting pot (all that cheese…), and it would be impossible to cover all the “salgadinhos”, or small plates.

With that disclaimer, we have to start with the national dish: feijaoda, a black bean stew with pork or sausage or chorizo or bacon or pretty much whatever you want to put in it, as long as it comes from a pig. Just take a look at some pictures, if that list of pork parts was not enough, and then run, don’t walk, to your store and start cooking right now. 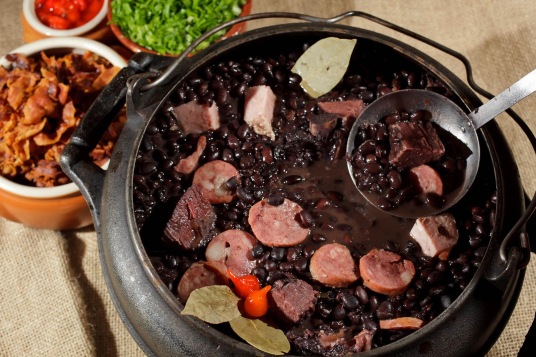 ALL the pig plus beans: what’s not to like? (lugarzinho.com)

Coxinha is another food you’ve been missing all your life. This street food consists of little fried balls of chicken and cheese often shaped like a drumstick for dramatic effect. Perfect if you have a large crowd – you probably cannot make enough of these. 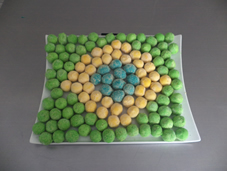 I mentioned that many Brazilian recipes involve cheese, and even something as simple as bread is transformed. Pão de Queijo are rolls filled with cheese and another handily hand-held snack that won’t linger long at the party.

For dessert, Brazil has no shortage: chocolate truffles and passion fruit mousse and fried dough and coconut truffles and Creme de Papaya with liqueur and cake MADE FROM cookies…

But, I’m going to suggest something a little different. It’s been a long, meaty, deep-fried World Cup. Brazilians are big on their many Amazonian fruits, served either fresh or blended into smoothies. So, let’s try something that is both healthy and delicious: an açaí bowl. You could even make a serving bar out of it, and tailgaters can top one of these smoothies-without-yogurt to preference with nuts, granola, coconut, and whatever fruit they choose. 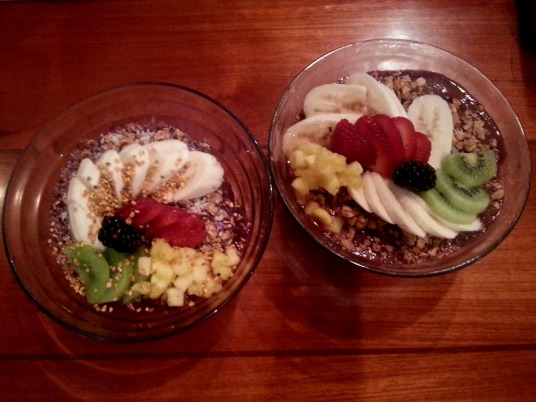 Don’t say we didn’t think of your health (eatdrinkmiami.us)

Even better than being guilt-free, as a “superfood”, the açaí will help you recover from having one-too-many caipirinhas. Yes, if you haven’t yet sampled that drink all the reporters have been bragging about, it’s time. It’s slightly bitter and made from a sugar can liquor, and it is perfect for washing down whichever Brazilian delight you pick from those above.

But don’t forget: before we turn our backs on this World Cup, before we begin to think of the next friendly or Gold Cup or Copa America or Women’s World Cup, let’s all raise our caipirinhas and wish the hosts a hearty, “Saude!” And, “Obrigado!” 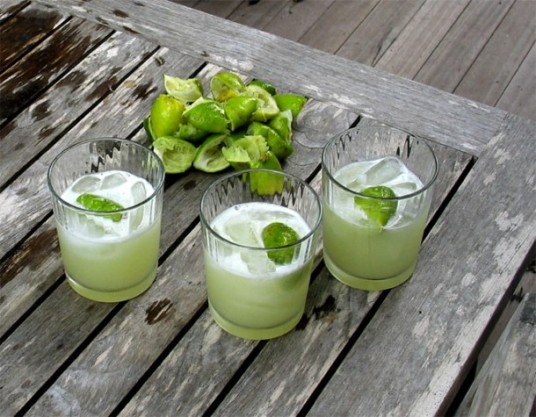 You are going to need a lot of limes (worldcrunch.com)

Don’t forget the rest of our Delicious Game series!

Alex White needs intravenous statins and he isn’t allowed even to put oil in his car ’til he works off the effects of this series. Help him out @A1exWhite.

One thought on “Brazil 2014: The Delicious Game – Brazil edition”