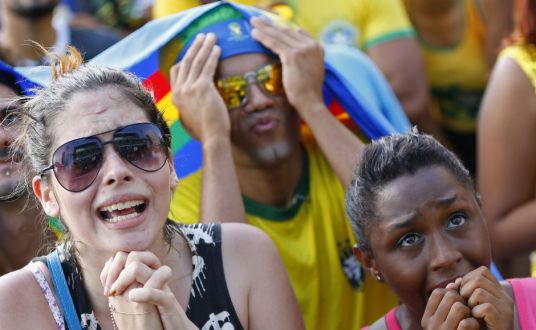 If the game has to be played, then it has to be previewed. Austin Fido is here with a look at the match nobody ever wants to play…

Why is there a third-place playoff? It’s been around pretty much for every World Cup, except 1950 – when the format made it unnecessary (there wasn’t a final either) – and the very first one.

Perhaps it was the experience of realizing not having a formal playoff for third place was the reason USMNT is now regarded as the de facto second-runner-up of the inaugural tournament. The USA remains the only non-UEFA or CONMEBOL team to have finished in the top three of the World Cup. South Korea got to the semifinals in 2002, but Turkey beat them back into fourth in the playoff.

Still, the Koreans don’t seem to spend a great deal time agonizing over missing out on third place. Nor is there great demand for “1930 Third Place” t-shirts in America.

So maybe the game is a mechanism for preserving CONMEBOL/UEFA domination of the top tier of global soccer, but probably not.  Maybe it’s just a way to squeeze one more match out of the tournament that keeps the FIFA bonus fund going.

Either way, it’s happening and it’s probably a little harsh to criticize a football tournament for having too much football. Let ’em play – it’s what they came here to do, even when they say they’d rather not.

You can talk to your friends later, Louis. (bbc.co.uk)

If you turn up for the semifinal of the biggest tournament of your life and ship five goals before the half-hour mark, you are going to get quite a lot of deserved criticism. Especially if the shame you brought to your nation was on home soil. Don’t get eviscerated in front of your own fans. Think of the children.

You can open your eyes now. It’s over. (wazoow.com)

Whatever the Brazilians were thinking about during that excruciating seven-minute panic attack in the middle of the first half when Germany zipped around them and scored four, it wasn’t the children.

This match is a penance for the hosts. They blew it. They hadn’t looked great in any game, but they hadn’t looked utterly inept, incapable of standing up to a better team. They had coasted a little bit to the semifinal, generously spared the need to find an extra gear by indulgent referees and the fact they had Cameroon in their group.

When Germany forced Brazil to confront the possibility it was the second-best team on the pitch, there was no greater resolve to draw on, no added dimension. Absent their talisman and their captain, the Brazilians simply collapsed.

The only reason the Germans didn’t score double-digits is they fell prey to common decency. They thought they had come to a party, but it turned out to be a wake, and you don’t gratuitously insult the hosts at a funeral.

So the home team is in the game no one wants to play, and likely very few want to watch. It’s an irritation to those with better things to do – like move to Manchester. And it’s purgatory for man like Luiz Felipe Scolari, who must surely be the first to feel his country’s wrath but is forced wait on his apparently inevitable exit from the national team for what is scarcely more than an exhibition game.

On some level, Brazil will want to win this game, just to show things are THAT bad. But for the most part, everyone involved is looking past this match: to new jobs, or new contracts, or whatever the future holds for Ron Vlaar. 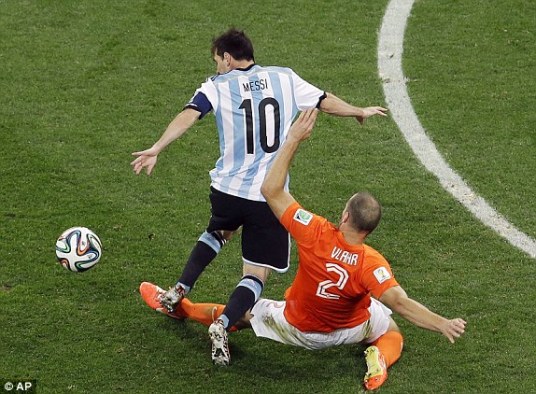 It’s a good game to give emerging players a chance to emerge, so we may see Jordy Clasie get a start for the Dutch, and Bernard will probably reprise his semifinal role for Brazil.

But that’s about all there is to be excited about. The disappointment of not making the final does not get erased by finishing third, not for either of these teams. In years when there is a surprise semifinalist – say, for example, if Costa Rica was playing in this match – then the third-place playoff at least offers the chance to cap a fine run with an exclamation mark.

But, for both these particular losing semifinalists, this is just another not-as-good-as-it-might-have-been tournament, and this game gets in the way of picking up the pieces and moving on to the next one.

Whatever tactics or players are deployed, they represent the work of two coaches who know their plans didn’t work out, and who are already thinking of other matters.

If we are fortunate, both teams will abandon any interest in defending and we’ll get goals galore, accompanied by hilariously muted celebrations because no one wants to look like they are enjoying being out of the final.

For the Netherlands, there is the incentive of the simple thrill of beating Brazil in its backyard – or front yard, the match will be played in the capital, Brasilia.

For Brazil, there isn’t a great to deal to gain: even a big win will likely be greeted by a hindsight-driven criticism of their failure to turn it on when it really mattered. Still, winning is better than losing, and Brazil doesn’t often lose at home – part of the reason the semifinal was such a gut punch. That and seven goals.

The irony of this match is it may be the first time in this tournament the hosts play entirely without fear, perhaps even with a little fire inside them, and few will be bothered to watch it.