Fire goalkeeper Sean Johnson pulled a rabbit out if his hat several times last Sunday to keep the Fire competitive in a match in which the Philadelphia Union easily could have buried them. The teams traded goals and leads back and forth, but the affair was not settled until Kennedy Igboananike drove him his second goal of the match deep into second-half stoppage time to salvage a 3:3 draw.
END_OF_DOCUMENT_TOKEN_TO_BE_REPLACED 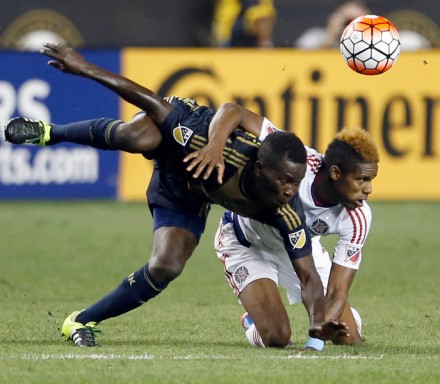 The story that played out at PPL Park on Wednesday night was depressingly similar to the story that has been on display all season for the Chicago Fire. The Fire offense was missing a beginning, middle and end, so it was only a matter of time before the Philadelphia Union, no less feeble in attack than the Fire, would find the goal that would propel them to their second US Open Cup Final in as many years. Sebastian Le Toux did the honors in the 74th minute, but the game was lost long before then.
END_OF_DOCUMENT_TOKEN_TO_BE_REPLACED