The above image shows the United States Women’s National Soccer Team at a happier time, celebrating its 2015 World Cup Victory at the White House with various officials of United States Soccer Federation (“US Soccer”).  By now you’ve heard about the lawsuit that US Soccer has filed against the United States Women’s National Soccer Team Players Association (“Union”). The lawsuit is rather simple, and contrary to number of tweets in support or the Union and/or against US Soccer, it is not an attack against the players themselves. Rather, the lawsuit boils down to a single, simple issue. END_OF_DOCUMENT_TOKEN_TO_BE_REPLACED

Correspondent Alex Unzueta recaps the U.S. Women’s National Team’s uninspired, but effective win over the The Matildas from Down Unda.

The U.S. Women’s National Team opened up their World Cup play with a win against Australia on Monday evening. After a shaky start, the U.S. dialed in with some help from Megan Rapinoe, who scored twice and Chicago Red Star’s striker, Christen Press who added a goal as well. With a surprisingly tough 3-1 win, the U.S. sits first in their group.

The United States is a favorite to win the tournament. After falling short in a penalty shootout to Japan back in 2011, the only expectation this year is lifting the cup on July 5th…

END_OF_DOCUMENT_TOKEN_TO_BE_REPLACED

It was a chilly night that just kept getting colder as the sun set in Lisle Saturday night. The Red Stars were set to welcome Megan Rapinoe and Seattle Reign FC for the first match in Chicago’s 2015 campaign. It felt like a quiet night at the start, but as soon as the cobwebs fell off, it quickly turned into a shootout. 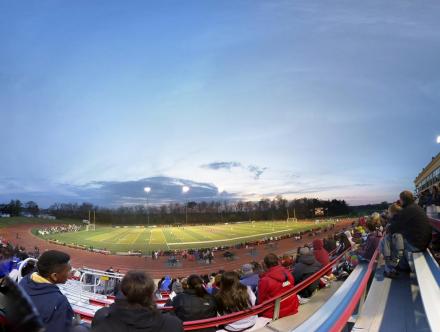 The first 30 minutes were mostly in the midfield with no real chances at either end, but shortly after, the game opened up in a big way. Seattle hit the scoreboard  in the 31st minute first with Rapinoe sending in a corner that Chicago keeper Karina LeBlanc would see sail past her fingers (unfortunately a theme on the night) and would then be directed in by Beverly Yanez. The Red Stars answered almost instantly when Christen Press was fed after a strong run and the shot was slotted coolly past Hope Solo in the Seattle box for the equalizer.